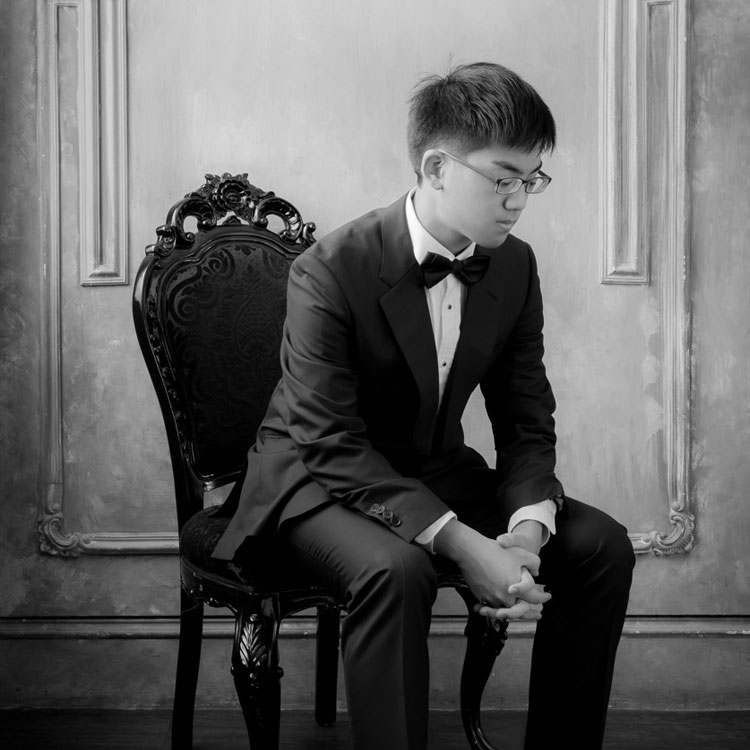 Yao-Yueh Tseng was born in Luodong, Yilan in 1999 and began to play the piano at age seven. At sixteen, he enrolled in New Taipei Senior High School where he has been studying with Lai Li Chin since 2014. Currently he is studying piano performance with Michael Lewin in Boston Conservatory at Berklee.

In addition to his many competitions wins in Asia, YaoYueh has succeeded in the Americas as well, receiving a generous scholarship to attend the prestigious Eastern Music Festival (EMF) in the United States in 2015, where he studied under Awadagin Pratt, and clinched 2nd prize at the EMF piano competition. Subsequently, he attended EMF again and won its International Concerto Competition, playing Prokofiev’s 3rd Concerto with the Eastern Music Festival Orchestra.

He is currently a freshman on full scholarship at Boston Conservatory at Berklee, studying with Michael Lewin.