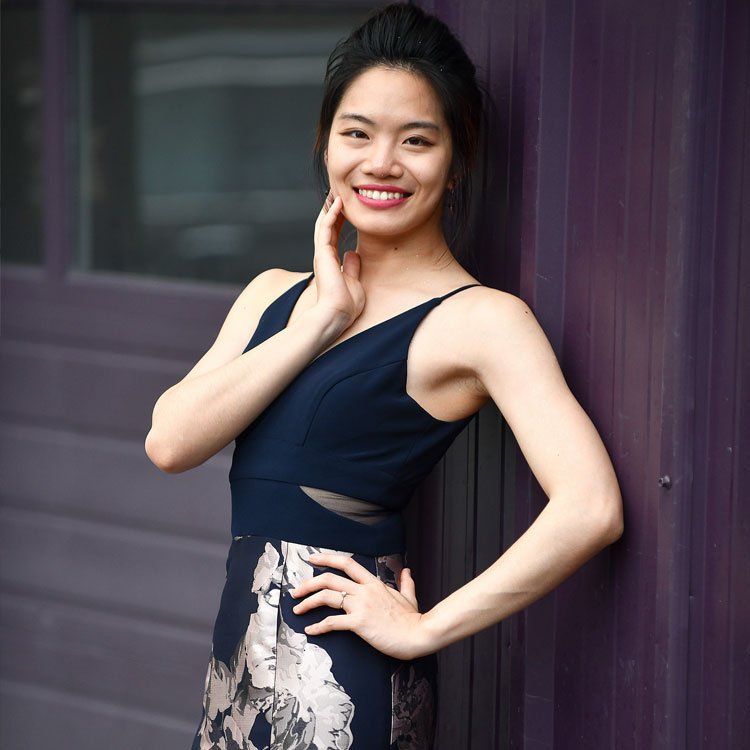 Tzu-Yin Huang began playing the piano at the age four in Taiwan. After many years of study, including an undergraduate degree from National Taiwan Normal University, she came to the United States where she received her master’s and doctoral degrees from the University of Michigan. She has won many awards including First Prize and Orchestra Prize at the 12th Hastings International Piano Competition in East Sussex, England. This has led to numerous performances in England including her London debut, and concerto performances with the Royal Philharmonic Orchestra.

Most recently she has focused on expanding her repertoire, as well as performing throughout the United States and Europe. Her principal teachers include Chung-Wen Tsai, Louis Nagel, and Logan Skelton. As she believes that artists have a responsibility to bring music and inspiration to others, Ms. Huang particularly enjoys the connections she is able to make through community outreach in schools and retirement homes. She truly loves performing as nothing in the world makes her happier. In all of her studies, she has learned that the most important thing is to play music from the heart. It is only this way that allows music to touch people’s souls.