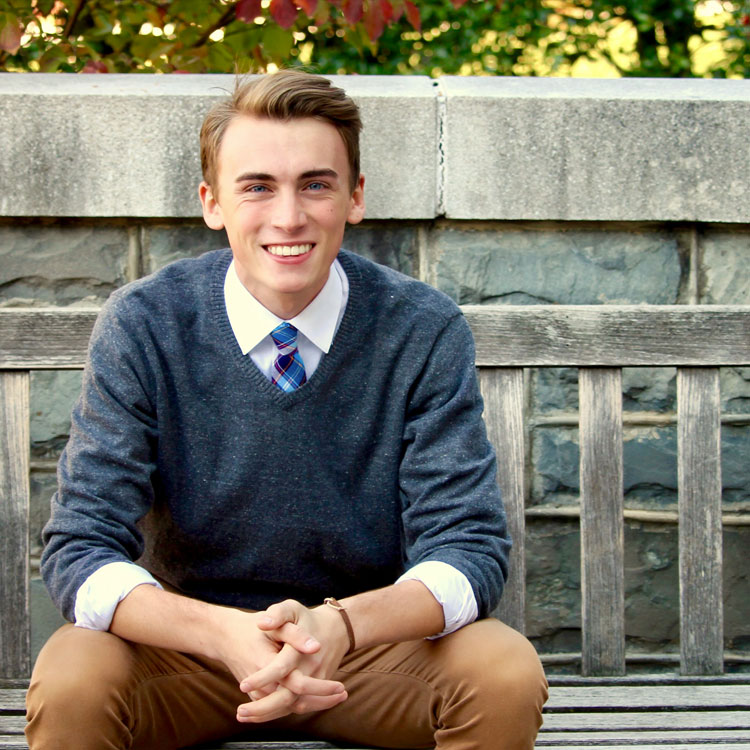 Robert Brooks Carlson, 20, studies with Paulo Steinberg at James Madison University (JMU) in Harrisonburg, Virginia. He has been a past participant in the Saarburg International Chamber Music and Brevard Music Center Festivals and has received awards from various regional and national competitions – most recently, he was selected as the Alternate Winner for the MTNA Southeastern Division Young Artist 2019 competition.

Robert has worked extensively as a collaborative pianist at James Madison University, coached by Gabriel Dobner, within the studios of prominent artists such as Kevin McMillan, Carrie Stevens, and Beth Chandler. He recently served as the rehearsal pianist for JMU Opera Theatre’s 2019 production of Jake Heggie’s Dead Man Walking. Additionally, he has toured as a member and been a featured soloist with JMU’s Wind Symphony and appeared in concert with JMU’s Treble Chamber Choir with Kevin McMillan as soloist.

Originally from the small town of Rustburg, Virginia, Robert’s past teachers include Nicholas Ross and Emily Yap Chua. Robert has participated in masterclasses with renowned pianists such as Elisabeth Pridonoff, Michael Chertock, Asaf Zohar, Jean-Louis Haguenauer, and Jeremy Denk. Robert is also a member of James Madison University’s Honors College and studies Mathematics as a Second Century Scholar.