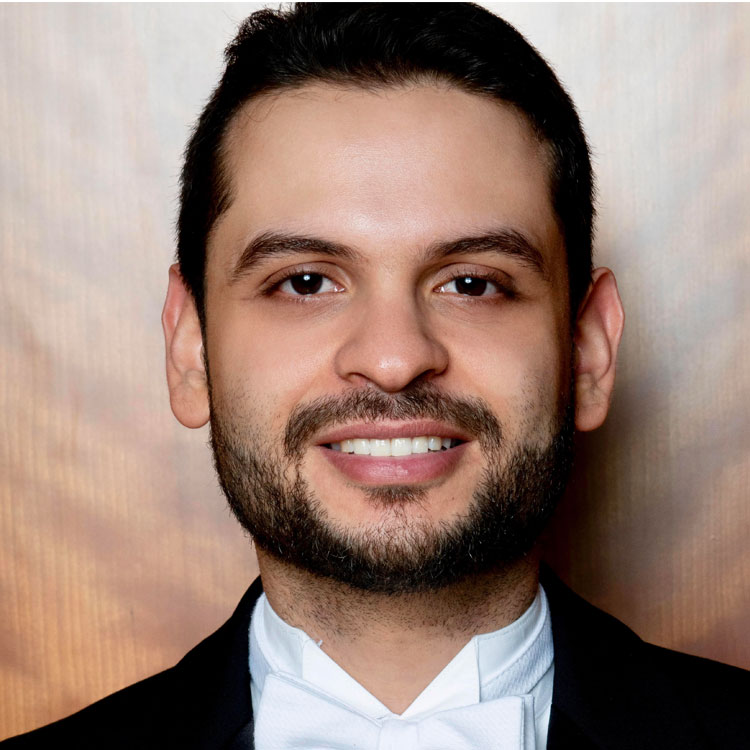 Johnson Gouvêa is a pianist from Belo Horizonte, Brazil. His original studies were at the Universidade do Estado de Minas Gerais in his hometown, where he participated in many music festivals, piano masterclasses, and national piano competitions, being distinguished with first prizes and grants for his interpretation of Brazilian Classical Music for piano. Afterwards, he moved to Atlanta to study under the guidance of Dr. Sergio Gallo at Georgia State University, where he earned a Master of Music in Piano Performance and Piano Pedagogy.

Mr. Gouvêa has performed in masterclasses and festivals in Brazil, the USA, and Europe, working with such artists as John Perry, Magdalena Baczewska, Dina Yofee, Sofia Gulyak and Charles Richard-Hamelin, among many others. In 2017, he was awarded by the Chopin Society of Atlanta with The Elżbieta and Krzysztof Krawczyński Scholarship to participate in the Master Piano International Courses in Paris, France, and Valldemossa, Spain. At Georgia State University, he was awarded with the Stegner Piano Scholarship, the Honors Recital Competition and the Brumby Concerto Competition, performing the Schumann Concerto Op. 54 with the GSU Symphony Orchestra at the Rialto Center for the Arts.

In June 2019, Mr. Gouvêa won the American Protégé Piano Competition and made his debut at the Weill Recital Hall at Carnegie Hall. In July 2019, Mr. Gouvêa was awarded with a full scholarship to participate in the Seattle Piano Institute at the University of Washington. His community support and outreach of the arts can be seen in his TV appearances in Brazil and his further work in teaching and performing for community music centers in the Atlanta metro area.