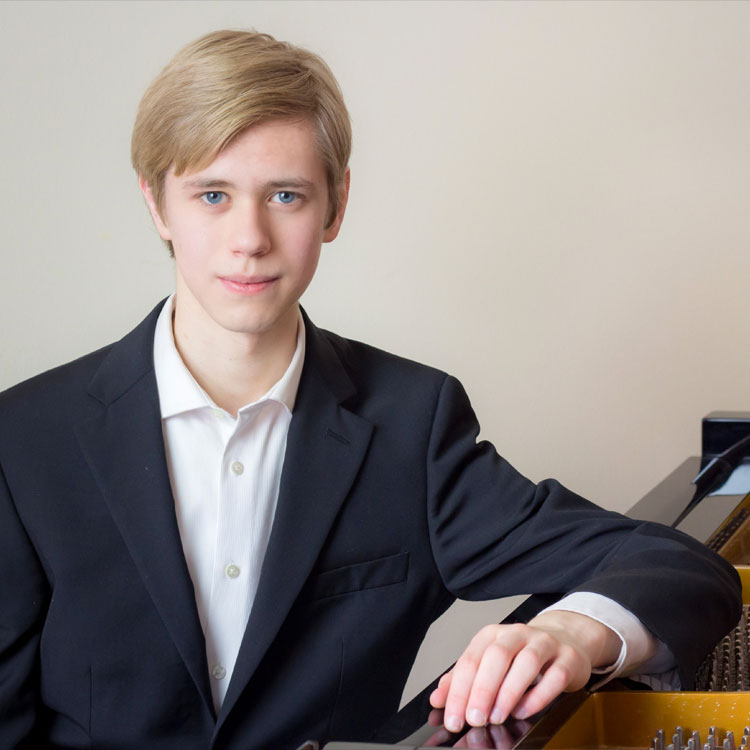 John Schindler began playing the piano at age six and currently studies with Matti Raekallio at the Juilliard School. John has received top awards in competitions, including being selected as a 2017 YoungArts National Finalist. In 2016 John was the third prize winner and recipient of the Best Performance of a Duo and Wisconsin Contestant awards at the PianoArts North American Competition, where he was the youngest semifinalist; previously, he has won the Theodor Leschetizky Concerto Competition, the Stillman Kelley National Music Competition, the Brevard Music Center Concerto Competition, and the Wisconsin Youth Piano Competition.