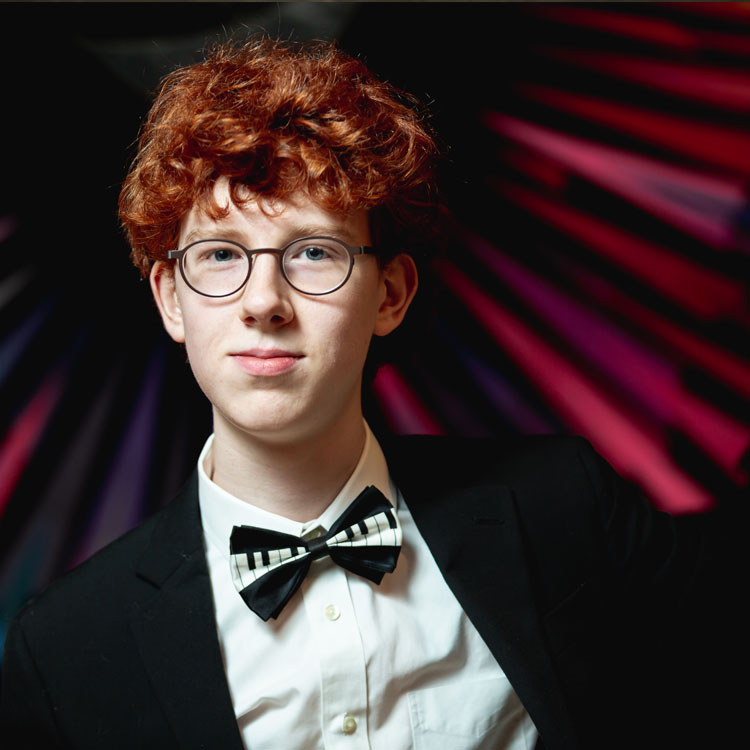 The First Prize winner of the Under 17 category of the 2018 Montreal Symphony Orchestra Manulife Competition, 16-year old Canadian-American pianist/composer/violinist Henry From has been named by the Canadian Broadcasting Corporation as among CBC’s 30 Hot Canadian Classical Musicians Under 30 for 2019.

Recent performance highlights as a pianist include Beethoven’s Concerto No. 3 and Ravel’s G Major Concerto in Vancouver, Canada, and Mozart’s Piano Concerto no. 12 in Minneapolis. Henry has also performed in Boston, Warsaw, Calgary, Israel, and at the Rockport Chamber Music Festival, as a member of Trio Savyon.

During the academic year Henry studies piano with Amanda Chan and composition with Edward Top at the Vancouver Academy of Music in Canada. Henry has spent the last three summers on scholarship, at Morningside Music Bridge and Orford Musique studying with pianists including André Laplante, Meng Chieh-Liu, Haesun Paik, and Katherine Chi.