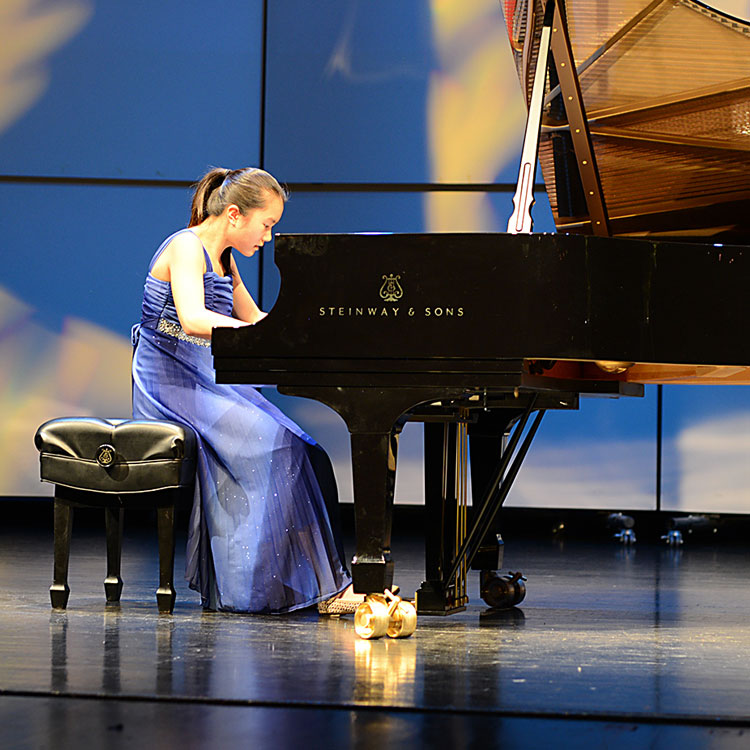 Elizabeth Zhang is a rising sophomore at Phillips Academy Andover. Raised in Salt Lake City, Utah, Elizabeth started learning piano at the age of 6 and currently studies with Professor Alexander Korsantia and Ms. Natalia Harlap. She performed as a finalist in the national division of the MTNA Competition, has received top prizes in the MTNA Southwest Division competition for two years, is a two-year first prize winner of the MTNA Utah State Competition, and was the youngest of six participants in the 2017 Gina Bachauer Piano Festival. Elizabeth has also performed with the American Fork Symphony, the American West Symphony, and has been featured in the Deseret News, the Salt Lake Tribune, and KSL-TV. Aside from music, Elizabeth also plays varsity tennis on her school team, enjoys hiking and skiing, loves to pet dogs around campus, co-founded her school’s comic club, and writes articles for her school newspaper, the Phillipian.