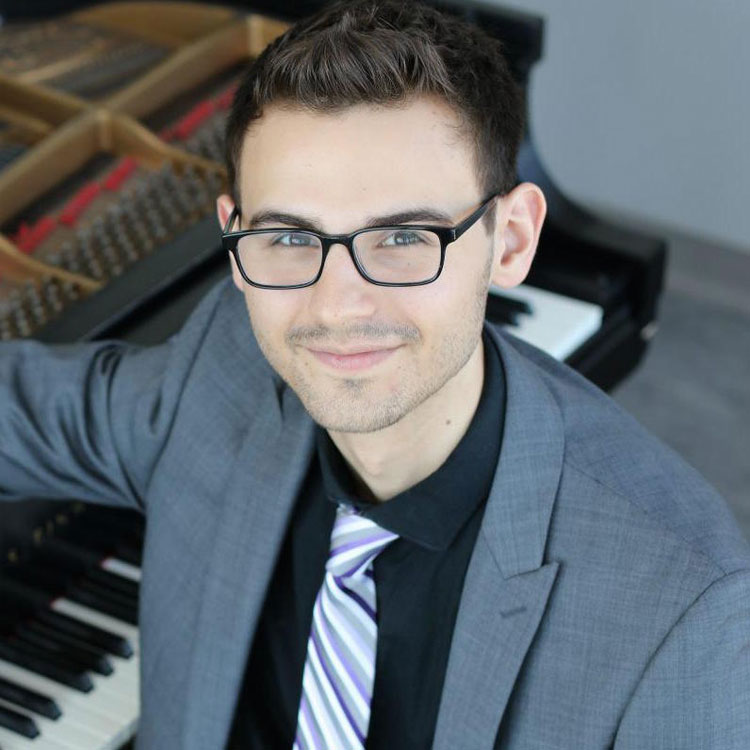 Derek Hartman, from Minneapolis, Minnesota, is currently pursuing a Masters of Music in Piano Performance at the Yale School of Music under the tutelage of Boris Slutsky. In 2019, Derek received his Bachelor of Music in Piano Performance with a minor in Music Theory from Northwestern University. His previous teachers include James Giles, Paul Wirth, and Sarah Miller. Derek has appeared as a soloist with the Milwaukee Symphony Orchestra, and he has performed in masterclasses with distinguished artists and teachers including Olga Kern, Lowell Liebermann, Roberto Plano, Boris Berman, and Alessio Bax.

He was the second-place winner in the 2018Music Teachers’ National Association Young Artist Piano Competition, sponsored by Steinway and Sons. Derek was also the first-place recipient of the 2018 Thaviu-Isaak Endowed Piano Scholarship Competition, Northwestern University’s premier piano competition. In June, 2018, Derek received the second prize and Best Performance of a Duo Sonata in the 2018 PianoArts North American Competition, and he was chosen to return to Milwaukee to engage with the community as a PianoArts Fellow.