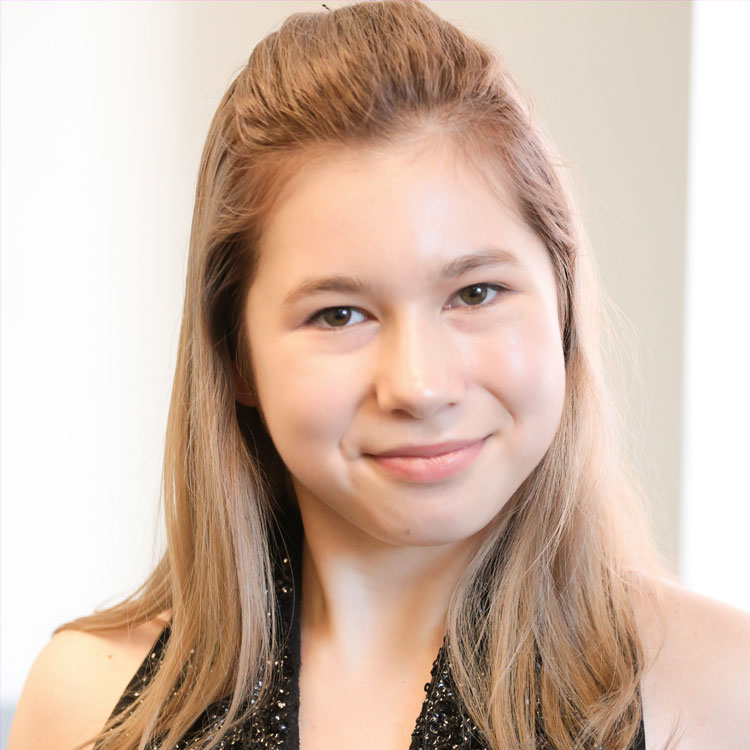 Carey has performed solo recitals as well as chamber and orchestral performances in concert venues across the country and overseas, including Carnegie Hall, Zipper Concert Hall, Thayer Recital Hall, Warner Concert Hall, Richard Nixon Presidential Library, Cantigny Park, Redlands Bowl, Jay Pritzker Pavilion at the Millennium Park in Chicago, Krzysztof Penderecki Concert Hall in Lusławice, Poland, and the Ignacy Jan Paderewski center in Kaśna Dolna, Poland.  Carey had her orchestral debut in Italy with the Brunesis Virtuosi Orchestra, under Uri Segal, at the age of 12.  She has performed with the Hollywood Chamber Orchestra under Frank Paul Fetta, the Midwest Young Artists Orchestra under Allen Dennis, and MostArts Festival Orchestra under Steven Thomas.

Chicago Music Report praised her concerto performance at Millennium Park for presenting “a searching, warm reading…tracing the melancholy melodic contours with grace and sensitivity.  It’s little wonder that [she] has picked up numerous prizes…. leading to her debut in Carnegie Hall.”

Carey was one of the prodigies selected by the Atlanta Steinway Society and was the youngest performer featured in the Atlanta’s Young Artist series at the Emory Chamber Music Society.  She also has performed with Jean-Yves Thibaudet at the Wallis Annenberg Center for the Performing Arts.

Carey is a Young Scholar of the Lang Lang International Music Foundation, a finalist with From The Top, and a scholarship recipient of the Chopin Foundation of the United States.  Outside of music, she loves to read, sing, and dance.