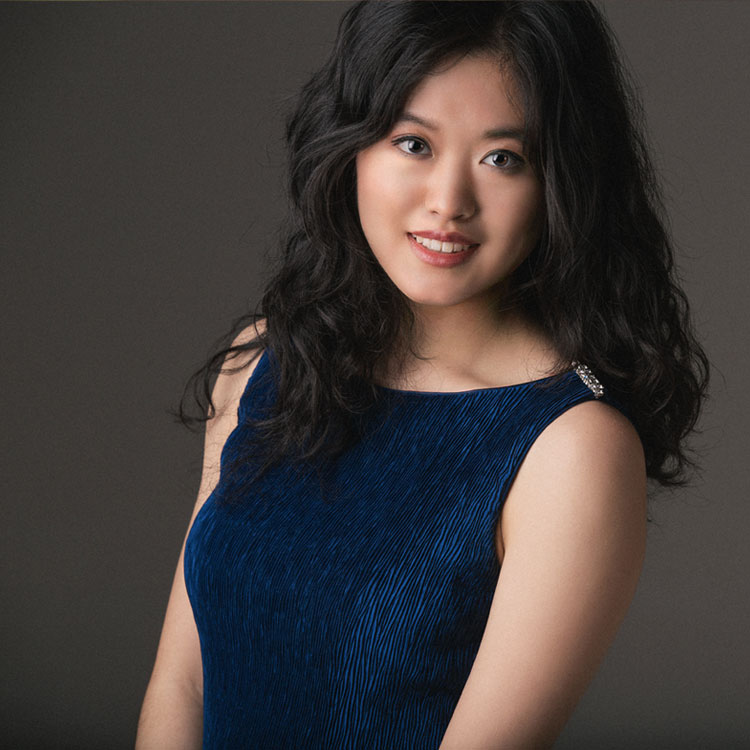 Recognized as an inquisitive and authentic musician, Angie Zhang is a unique 21st-century American artist, dedicated to the modern piano, fortepiano, and harpsichord alike, who has boldly expanded her creative footprint to encompass conducting, comedy, and entrepreneurial projects.  Praised as “warmly expressive, sensitive, and polished” as well as “a valuable advocate for classical music” by New York Concert Review, she has appeared in diverse venues including the Kennedy Center, LA County Museum of Art (LACMA), and the Explorers Club.  Angie combines a decorated performance career with a focus on arts activism and interdisciplinary collaboration, and is one of a few pianists to win the Peter Mennin Prize for Outstanding Achievement and Leadership in Music.

Angie has been invited by and worked with some of the world’s leading conductors and artists, most recently Anne-Marie McDermott and Jeffrey Kahane.  A seasoned soloist with orchestra, Angie made her debut at the age of 10 under Grammy-nominated conductor Neil DePonte.  She has since performed nearly two dozen solo concerti.  Her sold-out performance at Alice Tully Hall of Mozart’s Piano Concerto No. 21 under Fabio Luisi, was followed by her conducting debut at the piano of Mozart’s Piano Concerto No. 9 with the Juilliard Chamber Orchestra.