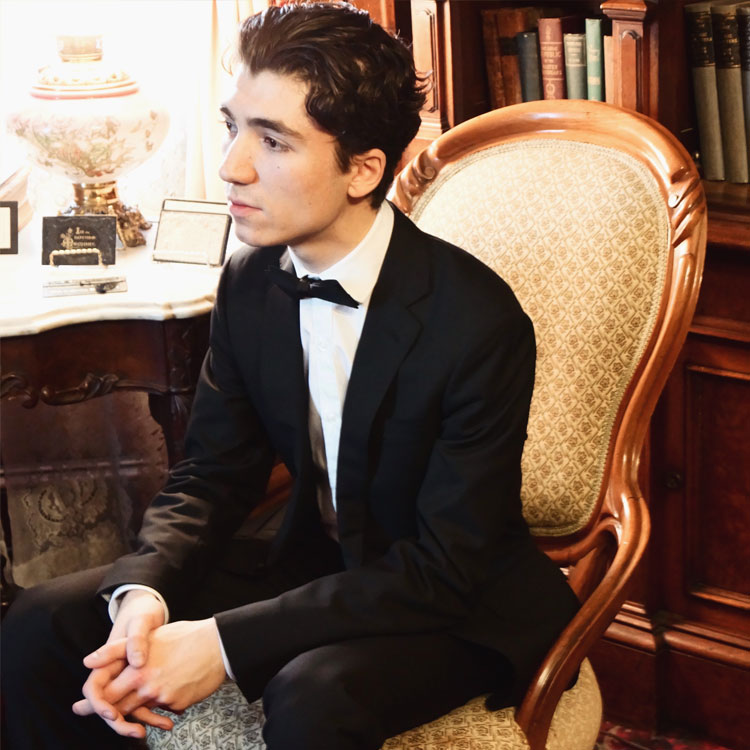 Pianist Alexei Aceto is forging a reputation for his unique interpretive abilities, sensitive playing, and deep connection to the music he programs. He began studying piano at age five, and at fifteen became a full-time student of Charis Dimaras at Ithaca College School of Music. Alexei made his professional debut in March 2017 when the performance organization, Classical Pianists of the Future (CPOTF), selected him as recitalist for their 10th and final anniversary season.

Alexei enjoys a relationship with WSKG’s Classical Expressions TV/Radio program, on which he has performed and hosted several times. He has performed in masterclasses for Nikolai Lugansky, Sergei Babayan, Shai Wosner, Graham Johnson, Martin Katz, and has worked with other renowned pianists such as Alexander Gavrylyuk, Natalya Antonova, Matti Raekallio, Jon Nakamatsu, Alexander Kobrin, and Malcolm Bilson at the Chautauqua Institution Piano Program.

Winner of the 2020 and 2019 Ithaca College Concerto Competition, Alexei holds high honors in many other solo and concerto competitions. This Fall Alexei begins his senior year at the Ithaca College School of Music, where he is an avid chamber collaborator, and his most recent solo recitals have included major works by J.S. Bach, Debussy, Janáček, Beethoven, Chopin, and Liszt.