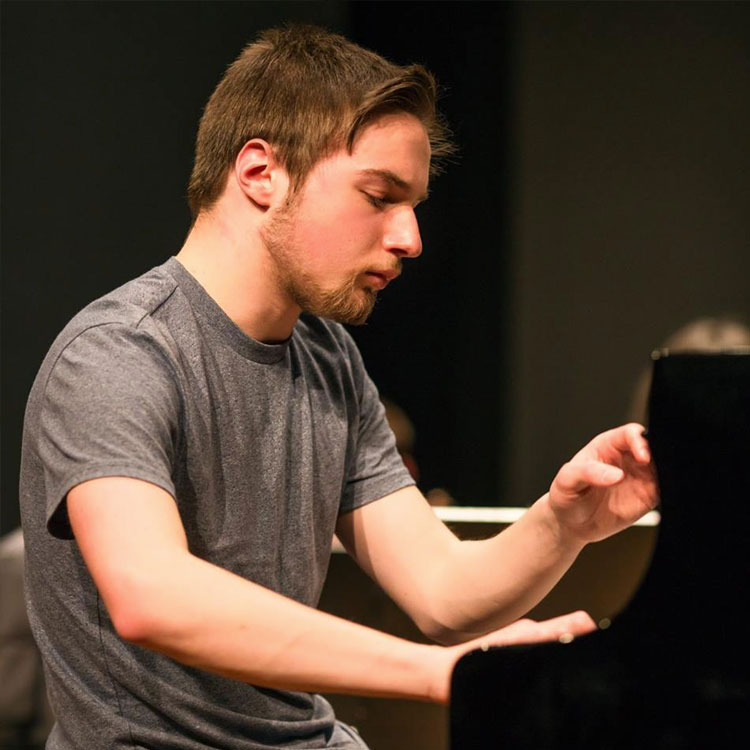 Alexander Promyslov, born on the 23rd of May 1999 in Augsburg, Germany, received his first
piano lesson when he was 6 years old. He then continued his music education at the Gymnasium near St. Stephan in Augsburg where he took lessons from Alla Rubinova. In
2011, he began studying as a young student at the Leopold Mozart Center for Music and Music Education of the University of Augsburg under Evgenia Rubinova.

From 2011 to 2014, Alexander participated in the “Jugend musiziert” competition for young musicians. He received several first prizes and a special prize from Steinway-Sons. In 2012, he was the winner of the Karl-Adler music competition in Stuttgart. Also in 2012, he received three special prizes in the Munich Klavierpodium International Piano Competition.

At 16 years old, Alexander was accepted as full-time student of the Leopold Mozart Center Augsburg in 2015. This same year, he was awarded second prize in the German-wide “Jugend musiziert Bundeswettbewerb” competition and participated in the Karl-Adler music competition in Stuttgart where he won first prize.

Since 2016, Alexander has been studying in the Hochschule für Musik Franz Liszt conservatory in Weimar under Grigory Gruzman. In 2016 he was a finalist in the Cesar Franck Piano Competition in Kraiinem, Belgium. In the same year he received third prize in the György Ferenczy Piano Competition in Budapest.