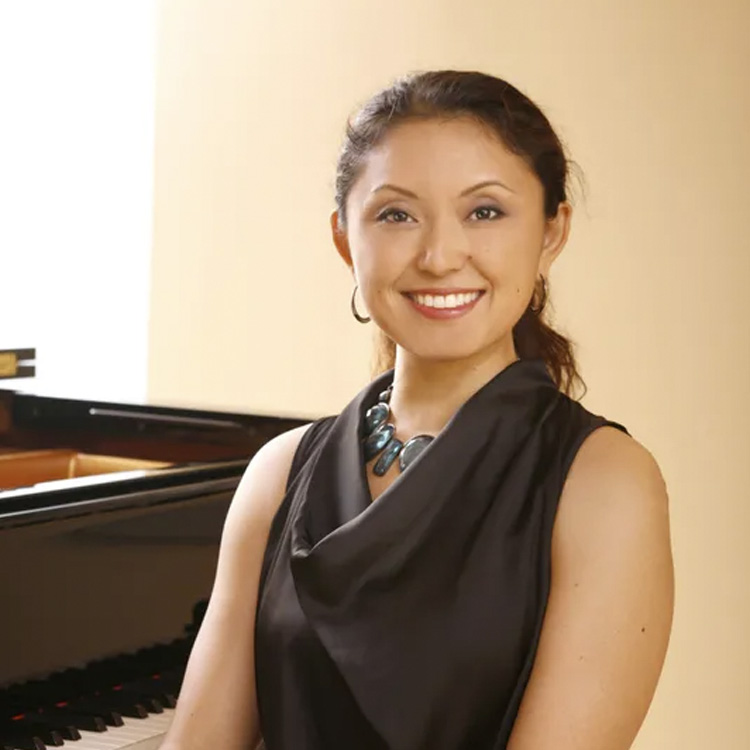 Composer Makia Matsumura’s music has been heard on national TV and in movies, as well as at the symphony halls, theatres, museums, and clubs. An avid pianist since an early age with performance credits ranging from the world’s most renowned concert halls to downtown bars in New York City, she has been also active as a silent film accompanist for the last 10 years, garnering high praises at renowned film theaters and museums in the US, Europe and Japan.

A native of Tokyo, Japan, Makia started her studies of piano and composition at the age of six. Since the age of twelve, she has performed her original music extensively in and outside of Japan. Her appearances from this era have included concerto performances on piano with established orchestras such as the Hungary National Symphony, the Berlin Great Radio Orchestra, the Tokyo Symphony Orchestra, and the Kyoto City Symphony Orchestra at world’s renowned venues.

After receiving her Bachelor’s degree in composition from the Tokyo National University of Fine Arts and Music under the tutelage of Atsutaka Otaka, Makia moved to the US to further her studies at The Juilliard School in New York City. While at Juilliard, she won the “First Hearing” competition by the Chicago Symphony Orchestra; and had her orchestral works were premiered by the Civic Symphony of Chicago and the Juilliard Symphony. She has studied composition with Christopher Rouse, Samuel Adler, Edward Bilous, and Mari Kimura.

She started to take on film scoring projects shortly before graduation and has since scored several independent features and shorts, as well as TV programs including ABC News’ “20/20″ and US Presidential Election coverage on Japan Broadcasting Corporation (Nippon Hoso Kyokai – NHK). Her recent collaboration with Japanese animator and long-time friend Sachiyo Watanabe has won the grand prize at Japan’s national super-short motion picture competition, resulting in a commission of a new project for the pair, which stayed on the air on NHK for more than three months in 2007.

Makia currently resides in New York City, actively working as a composer, silent film pianist, accompanist, and arranger. Her upcoming activities include appearances as a co-founding member of “M2duo”, a unique violin-piano duo based in New York City, collaboration with Japanese sculptor Minako Yoshio, and ongoing collaborations with independent film and media artists both in the US and Japan.